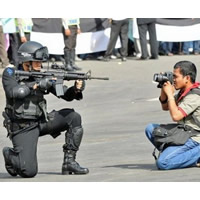 Workers should know their history, it tells you which side the the state is on no matter the government of the day. Every occasion when the ordinary people come together to try to improve their lives, whether it be to fight a closure, oppose a war or push for reform, the state always answers with force. It can be the heavy hand of the police or the bullets or sabres of the military and afterwards the state will peddle the usual lie about it being justified force. In this so called democracy the will of the people must be stifled at all costs.
The 16th August is the anniversary of the 1819 Peterloo Massacre, the outcome of a demonstration of 60,000/80,000 people in Manchester calling for parliamentary reform. A cavalry charge, 15 killed and estimates of 400 to 700 injured. Not an isolated incident by any manner of means. Prior to this in Glasgow 1787 the Calton weavers on strike for an increase in wages marched to the Cathedral in support of their claim only to be met by the military, 6 weavers were killed by gun shot. We can move forward to the violence that the poll tax demonstrators met, the striking miners, the G20, and so it goes on. All this should tell us the the state is never on the side of the people.
We owe it to those who have suffered and died in the people's struggle for liberty and justice to keep alive that history, our history, the workers history. 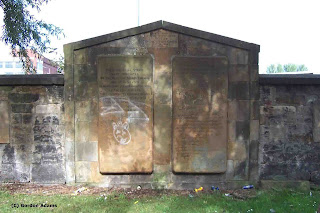