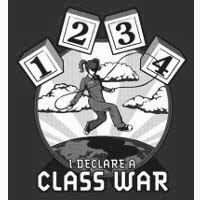 The well manicured millionaire twins from the Westminster House of Hypocrisy and Corruption's planned cuts are a true slash and burn policy. What they have in mind is the biggest and most sustained cuts since the second world war, and for good measure they'll throw in some tax rises and benefit changes that will hurt all the ordinary people and crush the poorest and most vulnerable in society. So severe is the planned attack on the ordinary people that the rating agency Standard & Poor's has expressed doubts about whether the government has the stomach for the carnage it is planning, but we know it has, as none of the cuts will affect the millionaire cabinet nor their millionaire friends, who, by the way, are responsible for the “debt crisis” they are moaning about.
Even the IMF is somewhat concerned about the well manicured millionaire twins' cavalier attitude, as France, Germany, Italy, Spain and Britain all have plans to squeeze domestic demand, all spouting, things will be just fine, as they all expect to export more???
The millionaire cabal keep going on about the need to slash the boated public sector and let the private sector grow and create jobs. Of course they never mention that the public sector had nothing to do with the “debt crisis” in the first place, that wee problem was the full responsibility of the greed driven private sector that the so love, having the binge of its life. Well why shouldn't they love the private sector and want it to grow, they own it!!
This so called fiscal plan, is no more and no less than a class war battle, a plan to transfer all public assets to the pampered millionaire parasites' private sector, guaranteeing that your every action and desire will make money for them and giving them total control over every aspect of society.
If we the ordinary people lose this battle we will see the end of all public assets and all public space, our children will inherit nothing, they will be total slaves to the greed and vagaries of the corporate world. It is their world, or it is our world, there is no compromise. 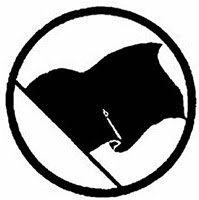