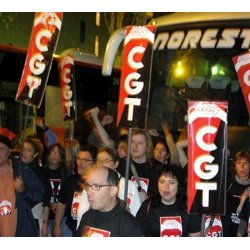 At the stroke of midnight 29 September Spain kicked off its general strike. As the day unfolds we will see where the will of the people lies. Will the people of Europe stop work with the Spanish and have fun with their families or will they take to the streets in protest. Hopefully it will be a mixture of both with a complete stop to all non-essential work across the whole of Europe. Why should the people of Europe allow their living standards to be hacked to pieces at the behest of the millionaires gambling club called the bond markets? Whose debt is it? Who screwed up their own honey pot? Who stands to gain with these cuts?
Who stands to suffer? Just some of the questions that will never be answered by the mouthpieces of the bond markets, ie; the politicians.
We should however never lose sight of the real purpose behind all these cuts, not only will it safe guard the wealth of the millionaires club but will also transfer all public assets to the private sector, giving them even more of our wealth with which to gamble. This era is crucial, it is the final move by the corporate world to seize what remains of public assets, turning our world into a corporate empire where the people own nothing. No public spaces, no social services, everything bought from the corporate institutions. You can have what you want, but at a price that feeds the pampered parasites in charge of that corporate empire. There will of course be charities who will try to copy with the worst of the poverty and deprivation, co-operation and mutual aid will be seen as signs of insanity. 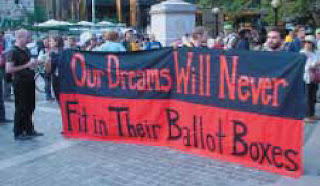 They are about to attempt to change the world in their favour forever, it is up to us to change this world in our favour forever. Only by breaking out of the system of profit before everything and changing to wellfare of the people first and foremost based on mutual aid and sustainability can we hope to achieve that aim. 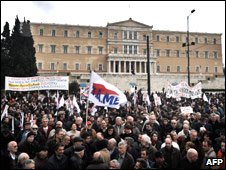