June 8th. A Win For Capitalism. 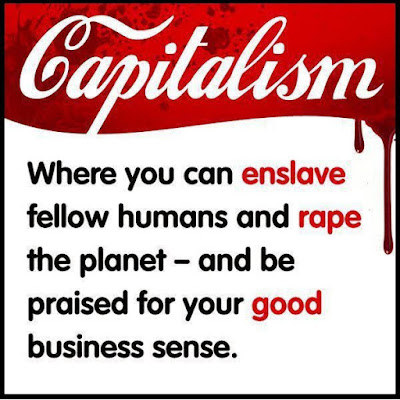 I find it infuriating, though I have grown to expect it, how our political ballerinas jump on transient figures as if they were tablets of stone. The Teresa May, “strong and stable” cabal, have been spouting about how, under their “strong and stable” spell on the bridge of this sinking ship, the UK is the fastest growing economy in the developed world. They continue with this mantra even although the latest figures puts the UK at the bottom, equal to Italy. The latest figures put Canada at the top, followed by Germany, then Japan, next comes France and near the bottom that mighty capitalist juggernaut the US, then UK and Italy equal, languishing at the bottom. But what does the truth matter, this is the season of spewing bigger lies, the Theatre of Illusions is in full swing, with its latest production, “The General Election”. This farce ends on the 8th. of June, but its consequences will be felt for years to come. Will it be on with the full frontal attack on the social fabric of our society, or will it be a rearrangement of some of the crumbs and crusts from the table of opulence being distributed among the so deserving poor. Which ever Messiah takes their place on the throne of UK money machine, the capitalist exploitation will continue, we the ordinary people will continue to produce all the wealth in the country, and will continue to struggle and fight for decent life, while all that wealth we produce, finds its way into the coffers of the already obscenely wealthy and over privileged exclusive club of our lords and masters. June the 8th. may change the label on the package, but it is still the same old box of lousy tricks. I for one will not be excited nor disappointed at the result, I will predict that result now, here on this wee blog, it will be a win for capitalism. 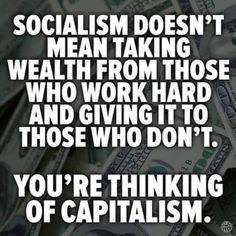