The Armed Forces Are No Friend Of The People.

To all those who say “support our troops” I think they should ask themselves, “what are the troops really for?”. They are portrayed as, there to protect the people, but can be, and are, brought onto the streets to suppress the people and protect the state apparatus. The armed forces are the strong arm of state expansionism and the body guard of corporate globalisation. It is ordinary kids from our communities that are hoodwinked by the state propaganda, the deal is you hand in your freedom and you get a uniform, with the promise of learning and travel. In truth, the kids are brutalised and moulded into robots that will always follow orders, no matter what. Then they are sent to the out posts of the corporate imperialist's empire, there they will employed to crush any local resistance to the march of Western corporate greed, corporate globalisation. 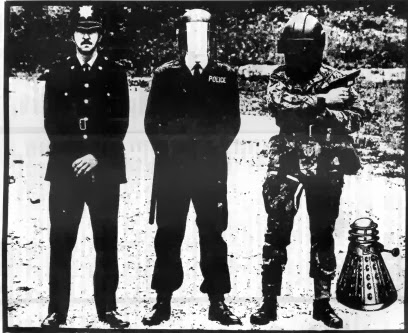 ------We see them recruiting in the towns, colleges and jobcentres, luring in the exploited and excluded classes with bloodmoney, moronic patriotism and the promise of adventure to replace their misery, with macho bootcamps or the controlrooms for videogame-style remote killing technology. Despite cuts Britain still has the fourth largest military budget in the world as it clings to an imperial legacy of genocide and enslavement. Today the Western armies are flexible for democratic-expansionist wars, 'peacekeeping' interventions to facilitate the new colonial age of corporate globalisation, counterinsurgery, geopolitical manoeuvrings and resource control, or prepared for internal policing and strikebreaking. Their ends are the same as ever, here as in Afghanistan, Mali or Libya - the rulers lie, the poor die, capitalism profits.