An extract from an interesting article called Does Work Really Work. by, L. Susuan Brown, the full article can be found at THE ANARCHIST LIBRARY.  It would be interesting to know your opinions on this one. 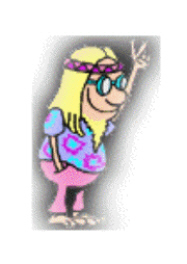 One of the first questions people often ask when they are introduced to one another in our society is “what do you do?” This is more than just polite small talk — it is an indication of the immense importance work has for us. Work gives us a place in the world, it is our identity, it defines us, and, ultimately, it confines us. Witness the psychic dislocation when we lose our jobs, when we are fired, laid off, forced to retire or when We fail to get the job we applied for in the first place. An unemployed person is defined not in positive but in negative terms: to be unemployed is to lack work. To lack work is to be socialIy and economically marginalized, To answer “nothing” to the question “what do you do?” is emotionally difficult and socially unacceptable. Most unemployed people would rather answer such a question with vague replies like “I’m between contracts” or “I have a few resumes out and the prospects look promising” than admit outright that they do not work. For to not work in our society is to lack social significance — it is to be a nothing, because nothing is what you do. 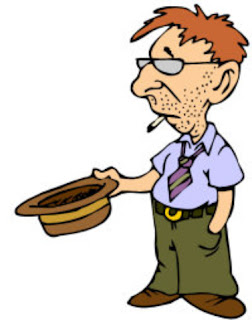 Those who do work (and they are becoming less numerous as our economies slowly disintegrate) are something — they are teachers, nurses, doctors, factory workers, machinists, dental assistants, coaches, librarians, secretaries, bus drivers and so on. They have identities defined by what they do. They are considered normal productive members of our society. Legally their work is considered to be subject to an employment contract, which if not explicitly laid out at the beginning of employment is implicitly understood to be part of the relationship between employee and employer. The employment contract is based on the idea that it is possible for a fair exchange to occur between an employee who trades her/his skills and labour for wages supplied by the employer. Such an idea presupposes that a person’s skills and labour are not inseparable from them, but are rather separate attributes that can be treated like property to be bought and sold. The employment contract assumes that a machinist or an exotic dancer, for instance, have the capacity to separate out from themselves the particular elements that are required by the employer and are then able to enter into an agreement with the employer to exchange only those attributes for money. The machinist is able to sell technical skills while the exotic dancer is able to sell sexual appeal, and, according to the employment contract, they both do so without selling themselves as people. Political scientists and economists refer to such attributes as “property in the person,” and speak about a person’s ability to contract out labour power in the form of property in the person. 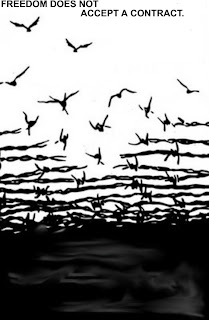 Email ThisBlogThis!Share to TwitterShare to FacebookShare to Pinterest
Labels: anarchism, anarchist library, anarchy, identity, person as commodity, the self, why work