Union busting is part and parcel to the capitalist system, it is not one company nor one coutry it is the way the capitalist system works across the planet. The last thing the capitalists want is for the workers to be organised and work together to improve and protect their pay and conditions. A fragmented and unorganised workforce can easily be exploited, wages and conditions can be eroded when the workers don't stand together. It is obvious that it is in the interest of every worker to be an active member of their union and stand united in solidarity with all workers who find themselves in dispute with their employer.


Stand with Longshore Workers 21! HOORAY FOR UNIONISTS willing to be arrested! In a dispute raging through the summer in Longview, Washington, over 120 members of International Longshore and Warehouse Union (ILWU) have been detained by cops, including Local 21 President Dan Coffman and International President Robert McEllrath. The unionists are fighting to stop international conglomerate EGT Development from breaking a longstanding master agreement the ILWU has at the Port of Longview's publicly subsidized grain terminal. Members of the ILWU are contractually entitled to work the 50 jobs at the terminal, but EGT sued the port for the right to bring in nonunion workers, and inflamed tensions by importing members of Operating Engineers Local 701, who have crossed picket lines to work. On September 7, hundreds of ILWU members stood on railroad tracks to block a train carrying grain to the facility. Police in riot gear attacked protesters with clubs and pepper spray. The next morning, police reported that hundreds of ILWU members from Northwest locals and supporters broke down the gates of the EGT terminal, damaged railroad cars, and dumped grain. Security guards retreated and no one was hurt or arrested. An emergency meeting of ILWU locals also shut down other Washington ports. THE ILWU SEES THIS BATTLE as critical to thwart unionbusting drives at other grain terminals. It is all that and more. The struggle at Longview is part of the nationwide resistance against the bosses' austerity attacks. It continues the mobilization begun in Madison, Wisconsin last year. Longview originated as a timber town and longshoremen have worked the Columbia river port for more than 80 years. The community and ILWU won't roll over for EGT, scabs or court orders. The challenge for the rest of organized labor is to mount real national support for this struggle, including stopping the Operating Engineers Union Local 701 from providing scabs. Readers can support these brave unionists by defending them in the press, and by sending donations and messages of solidarity to President Coffman, ILWU Local 21, 617 14th Ave, Suite B, Longview, WA 98632, or email: ilwu21@iinet.com. For background information on the struggle see: Here's why Longshore workers are so angry. 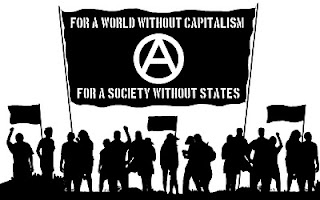