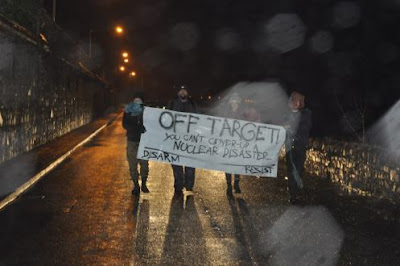 I don't suppose you would get this information from your morning feed from that babbling brook of bullshit, the mainstream media. People are rightly concerned about our local area being the cesspool for dodgy nuclear weapons of mass destruction, that don't work properly. Apart from these monstrosities going off on their own whim to where ever they please, they are not even under our control, we are just storing them, manning them, and paying for them, to help the Americans attempt to control the world. On top of this fiasco of nuclear weapons that go off in the opposite direction from their instructions, we have just received the information that a number of years ago, a Russian nuclear submarine and an American nuclear submarine collided in the waters of the River Clyde. A incident that could have reaped disaster for the whole of the Clyde estuary and beyond, but was signed off to the secrecy file. Where will this madness end, especially now we have a weirdo, maladjusted, mentally unstable, narcissist, sitting on  the throne of the American empire.

From 325:
Anti-nuclear activists interrupt the routines of HMNB Clyde (UK)

UPDATE: 07.45 AM
The two remaining anti-nuclear activists have now been removed from the road leading to the south gate of HMNB Clyde and arrested by the MoD police. As far as we know, all three arrested activists are being taken to Clydebank and expected to be released later.
This morning, (25th. January) at 06.45 AM, four anti-nuclear activists blocked the ongoing morning traffic at the south gate of HMBB Clyde in Faslane. Action was recorded by activists from the nearby Faslane Peace Camp, a protest site dedicated to campaigning against nuclear weapons since 1982. The protesters interrupted the morning routines by walking into the line of traffic and pulling a banderol over the road.
Three activists formed a sit-in blockade, shutting the entry and soon causing a traffic jam of estimated 300 cars. The undercover MoD police car and a regular police vehicle arrived to the scene soon. The protesters are being cleared from the road. Three arrests are to be expected.
The action is in response to the revelation of the Royal Navy misfiring of a Trident II D5 ballistic missile from the HMS Vengeance last June. Several sources reported that the missile, rather than heading towards Africa as intended, veered towards the Florida coast. There was also a discrepancy in the awareness of the event among elected officials who weeks later, voted in favour of renewing the missile defence system. It also emerged that Prime Minister Theresa May was briefed about the test and its results and did not inform MP’s.
Besides the political issue, there is also a technical issue as the Trident missile is identical for both the US and UK. In turn, most of the tests are carried out by the US Navy.
“How can UK’s nuclear destiny be claimed to be in safe hands when the country is surrendering its power structure to the Chinese, allowing the Americans to build these haphazard missiles and freely sharing vital secrets to a President whose views and opinions are as vague and inconsistent as they are bizarre and provocative”, says the activist Nick Timer, participating the action.
As a result of the parliamentary vote last July, the decision was made to spend £40 billion to renew Trident. According to the Campaign for Nuclear Disarmament (CND), the figures could well be in excess of £200bn.
“With austerity hitting the majority of UK citizens, it causes immense concern that such sums of money continue to be ploughed into this bloated, ineffectual and unpopular white elephant. Indeed, we have to ask how effective a deterrent Trident is when the world’s superpowers can’t be assured that any retaliatory strike would even reach its intended target. Instead of heading towards a new arms race we need to simply find a way to scrap the nukes: and getting rid of Trident would set a good precedent“, says another activist Molly Garfield.
The Faslane Peace Camp is a permanent protest camp dedicated on campaigning and protesting against nuclear weapons. The camp, located next to the HMNB Clyde, is celebrating its 35th Anniversary this year. 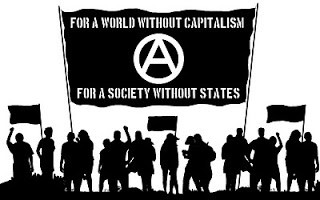