It's Ours, We Want It Back.

There is a lot going on in Greece that the babbling brook of bullshit, the mainstream media, will not report on. What they spew out is information supplied by the financial Mafia, the shuffling back and forth of "leaders" and the effect on the "markets". All in an attempt to convince us that this is the only way to see the world. 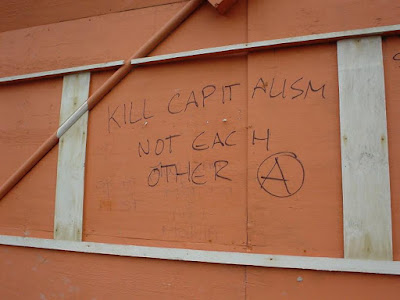 However, like I said, there is a lot more going on in Greece that proves that not all the people see it that way. 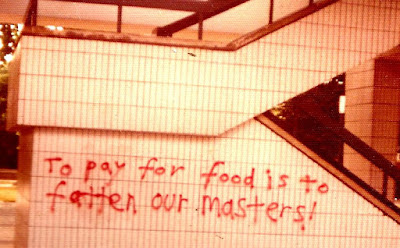 
To overcome fear. TAKE OUR LIVES IN OUR HANDS
In recent years, we have seen each day increasingly dominated by extreme poverty and exploitation. Through our inability to meet our needs, it becomes an obvious conclusion: that our life is not determined by us but by others on the basis of market conditions and profit for the bosses, local and foreign. In recent years, we have seen that the system has unleashed an all-out assault to protect its interests. The police have become the military occupation of cities. Fear and terror, the main media propaganda. Under a regime of permanent threat, the bosses invite us to compromise and apathy or manufactured decisions or more insidious methods that give the illusion of choice, such as the referendum.

Beyond the dilemmas of power, to overcome inertia and fear.
To not delegate the solution of our problems to those who created them. The oppressed must take our lives in our hands.
Faced with the dilemma: Memorandum of lenders or Memorandum of SYRIZA respond with self-organization and rupture, from both foreign and local bosses and their armies.
Against the legality of the exploiters that keeps us slaves, to respond with direct action of the oppressed and collective self-organization of life and struggle.
Refusal of obedience to the dictates of the bosses. Refusal of payments (tickets, accounts, bank debt, taxes)
Creation of collective structures to cover our needs (squats, collective kitchens)  Solidarity between the oppressed building communities
Get back from the bosses everything we produced with sweat and blood. Expropriation of accumulated wealth
Reinforcement of our communities to organize self-defense and attack our oppressors

Saturday 11/7 comrades proceeded to the expropriation of the “VENUS” supermarket in the March area, on the eastern side of Thessaloniki. Products were expropriated especially basic necessities (oil, pasta, legumes, etc.) and shared out at an adjacent street market with the positive response of the people taking the products and welcoming the move.