In Britain today we are a nation of the observed, there is one cctv camera for every 14 people, making a total of 4.2 million cameras watching you go about your business, more than any other country in the world. It is not unusual for an individual to be captured on more than 300 cameras on one day. There are now plans to to expand the capacity to read vehicle number plates from an amazing 35 million per day to 50 million by 2008.
You are also being recorded in other forms, the national database holds more than 3.5 million profiles of individuals. Since 2002 there have been more than 8 million criminal records checks on those applying for jobs. By the end of 2002 law enforcement bodies had made more than 400,000 requests for data from mobile network operators. This year to April, 631 adults and 5,751 juveniles had been electronically tagged.
We have kids being fingerprinted at school on the pretext that it makes it easier for them to use the library, (how did you use the libraries in the past?) and some schools using palm prints for ID.
Is your personal data safe, the simple answer is NO. As more and more private companies enter the security field the sharing of data becomes more widespread, the more it is shared the more it leaks into other hands, plus data is valuable on a commercial basis and companies will pay good money for information about you and what you get up to.
At present there are 216 catalogue companies in the UK that are part of the Abacus data-sharing consortium with information on more than 26 million people. All this available to those how have the money to pay. You can also rest assured that there are lots of other organisations collecting your details to sell to the big companies, if there’s a profit in it, somebody will do it.
It is all about control, control of you and me, that’s why the state backs every one of these activities. To know where you are, should you be there, have you permission to move to another point, are you doing what you should be doing at that given time, and all verifiable and therefore can be enforced.. Such activity is repugnant to any society that professes to be free, this society is obviously not free. Until we dismantle the state and all its attendant apparatus and replace it with a system of free association, voluntary co-operation and mutual aid, the growth of this type of activity is inevitable. Use your imagination, think where can it further expand to in you personal life, perhaps your living room? Big brother would like that!! 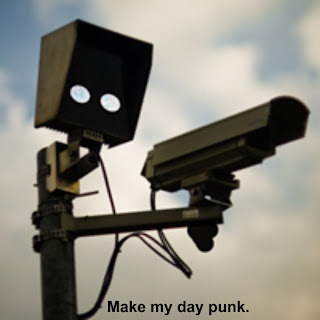