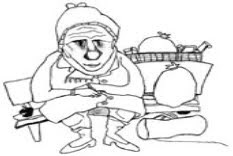 This isnae' wit a voted fur!!
Scotland, part of the UK, one of the most developed capitalist countries in the world and land where immigrants come in the hope of a better life. However, it is not a country of milk and honey, it is the usual capitalist inequality, exploitation, injustice and poverty.
In households with less than 60% median income in Scotland today are:
980,000, 20% or one fifth of all individuals,
250,000, 24% of children,
150,000, 16% of pensioners,
590,000, 19% of working age adults
• Inequality:
The share of the income of the richest ten per cent is the same as that of the bottom fifty per cent.
• Poor Health:
Differences in life expectancy between the poorest and richest areas of Glasgow can be up 25 years for men and 15 years for women.
• Debt and financial exclusion:
Only 1 in six people whose household income is less than £10,000 has a bank account. More than half do not have any savings.
• Bad Housing:
360,000 homes in Scotland are affected by dampness, more than 70% of Scottish social housing is below the Scottish Quality Housing Standard and over 125,000 children live in overcrowded houses.
• Fuel Poverty:
An estimated 650,000 ‘fuel poor’ households in Scotland and more than 2,000 (rising to 5,000 in severe winters) people aged over 65 die as a result of cold related illnesses during winter months.
• Disadvantaged young people:
Nearly 1 in 5 young people leave school without SVQ2 level (Higher education entry level) qualifications, increasing their risk of poverty in later life.
This is what we can expect from the capitalist system, a system based on greed and profit, a system where wealth is created by the many and continually sucked up to the parasitical handful who control the means of production and distribution. Only when we have workers control of these means of production and distribution will we see an end to poverty and deprivation.
ann arky's home.