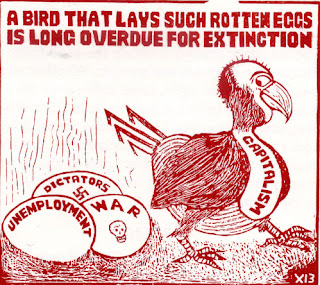 Building a new society in the shell of the old. Continuing the necessary policy of a pan-European struggle it makes sense to have that great big ONE union. I keep saying how the opposition, the corporate world and its minders the state are well organised and work together to achieve their aim, control of all assets on this planet, which would be a disaster for both the planet and all of humanity. We have to fight like with like, they are organised across national borders, so likewise we must do the same. From London to Glasgow, to Berlin, to Madrid, to Rome, to Brussels, to Athens and the rest. One way to achieve that would be ONE BIG UNION, focused on the creation of a society that sees to the needs of all, and gets the pampered parasites of our backs.


One Big Union:
* A union that’s open to all workers.
Controlled by members in their own class interests, rather than by bureaucrats or politicians.
Membership dues to suit wages for part-time and full-time workers.
* Information, solidarity and the will to win.
* Members throughout the country and across the globe.
Contact us through iww.org.uk

From the IWW constitution:

Industrial:
The industrial process is simply the production and distribution of goods and services. Whether you clean the office at night, serve coffee over the counter, stand behind a desk or sit in front of a computer screen, feed a press, sit in crane, drive a taxi, a truck, a van, or study for qualifications that could put you in a job, you are part of that process. In jeans or apron, overalls, uniform or suit, you are an industrial worker.

Workers:
We define workers by their relationship to how things are produced and distributed. If you don’t hire and fire other workers, if you are looking for work, studying for work, or retired from a lifetime of work, then you are a worker, and do not have the same economic interests as those who control jobs.

of the World:
The ownership of the means of production and distribution of all the essential goods of life is being drawn into fewer and fewer hands, and our lives are increasingly controlled by global corporations. Wars are directed to control natural resources, raising profits regardless of the real cost. Political democracy seems to be part of the problem rather than the solution. Only the working class has a vested interest in building an international organization based on workplace democracy to administer society in the interests of all. join us. Help build a new society in the shell of the old. 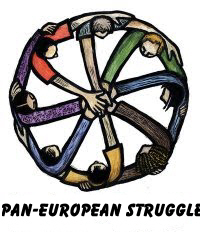