Across the goble ordinary people are imprisoned, tortured and sometinmes killed and their crime, -trying to improve the living conditions of their people while living and working under a repressive regime. We must always stand in solidarity with our brothers and sisters who find themselves in this type of situation. The following is an appeal from Labour Start on just one such case. Please show your support HERE. 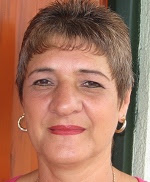 On 9th March 2009 Rosalba Gaviria Toro, a member of FENSUAGRO, the Colombian Agricultural Workers' Trade Union was detained and accused of 'rebellion'. She has been imprisoned since then in Villa Cristina jail in the city of Armenia, without being convicted of any crime. Rosalba has been an active trade unionist and human rights activist for many years, however, the Colombian authorities have described her as a 'terrorist' - jeopardizing her right to a fair judicial process. There is no legitimate evidence against Rosalba and it would seem that, like so many other political prisoners in Colombia, she has been jailed to silence her and prevent her from carrying out her legitimate work in defense of trade union and human rights. 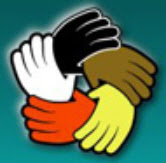