We the working class have a history steeped in presecution, exploitation and struggle, a history of which we can be rightly proud. Every little freedom and little bit of luxury we have we owe to those who fought and in some cases died to force it from the capitalist class, who gave it grudgingly, and now that same capitalist class is in the process of trying to take it all back. We owe it to our grandchildren and to those forefathers who showed such selflessness, to bravely carry on that struggle and create a society that will bring and end to the exploitation of our class.

1830 saw a sharp depression grip the West of Scotland. By 1837 the weaving industry was attempting to push through wage cuts. The cotton spinners of Glasgow took strike action in an attempt to defend their wages. The strike lasted from July through to the end of August 1837. During the strike a blackleg (knobstick), was shot and the authorities arrested the leadership of the union. Those held in prison were indicted on midnight on the 24th of October, the last possible moment they could be legally held. The trial was to take place on the 10th of November in Edinburgh.

The Public Prosecutor had taken three months to put their case together. The defence had fifteen days to prepare an answer to the charges. Three days before the trial and without knowledge of their agents, the prisoners were moved, heavily ironed, from Bridewell Jail in Glasgow to Edinburgh Jail. Just before the trial the Crown stated " ...not convenient for them to proceed with the trial...", and postponed the trial until the 27th of November. The delay increased the expenses for the prisoners' council and the witnesses.
Andrew Gemmel, the law agent for the prisoners put all other business aside, immediately employed 15 extra clerks and worked day and night to copy down Crown witnesses' evidence. This amounted to 2 large volumes containing evidence from over 150 witnesses from different parts of the country and was completed in fifteen days. The verdict from the trial was;
On charges,

1.Conspiracy to keep wages up.
2.Disturbances at Oakbank Factory.
3.Molestation at Mile End Factory.
Proven by a majority of one vote.

Appointment of “secret committee” to do unlawful acts.
Attempting to set fire to houses and factories.
Invading dwelling houses of, and assaulting “knobs”.
Not proven by unanimous verdict.

The sentence of the court was that the prisoners should be transported for a period of 7 years. However they spent 3 years in prison hulks at Woolwich on the Thames and then were pardoned. After the trial the Cotton Spinners' Union collapsed due to the lack of funds.

Below is a short table showing the trend in wages during the period referred to above. 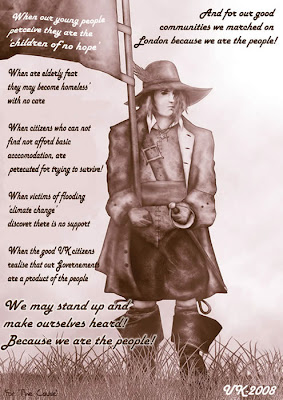