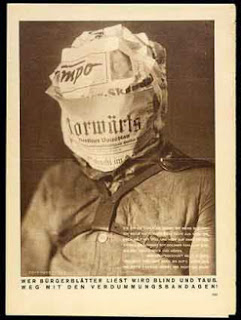 Image by John Hartfeild.
A few days ago I posted a wee article on Mr. Rupert Murdoch's News Corporation and how its wonderful creative accounting and other shufflings managed to pay only 6% tax on billions of $ profit over a period of three years. His empire stretches far and wide and he is as far to the right as you can get without falling of the planet. Well Mr. Murdoch is a very anbitious man and is hell bent on taking over the entire UK media. The following is part of a campaign by avaaz to try and prevent that from happening.
The conservative media mogul Rupert Murdoch is trying to take over British media with his bid for full ownership of BSkyB. We only have 3 days to tell the regulator why this deal is bad news! Rupert Murdoch is on a fast track to control over half of this country’s newspapers and television. This week is our only chance to tell regulators to stand up for a wide choice of news, and defend our democracy.
Britain loses if Murdoch wins. With all of the BSkyB TV network his massive dominance of our media would become further entrenched, extending his power and political influence. Here and elsewhere Murdoch has used his reach to promote conservative political candidates, the persecution of minorities, climate change denial and the dangerous lies that led to the invasion of Iraq.
We have until Friday to stop this! Let’s flood the regulator with thousands of submissions saying why we feel this deal is against the public interest. We’ll deliver tens of thousands of comments in boxloads to Ofcom’s offices on Friday, making a media splash. Send yours now via the link below, and encourage everyone you know to do the same today.
http://www.avaaz.org/en/ofcom_no_bskyb_takeover/?vl
Murdoch’s News Corporation already owns 39% of the BSkyB television company and four of our best-selling newspapers. His new expansion bid rides roughshod over the ‘media plurality’, which the government has a legal duty to uphold. Regulator Ofcom is accepting public comments on Murdoch’s plans for just a few days.
This deal would allow Murdoch to cross-promote his different outputs and increase his political roles. For 30 years no British political party has won an election without Murdoch's blessing. This ability to get voters’ attention gives him frequent access to the prime minister - hence his nickname the ‘24th member of the cabinet’.
This is a fight for the soul of British democracy. We cannot afford to have one company dominate half of our TV, newspaper and online news. From illegal spying at the News of the World here to his hate-filled Fox News empire in the U.S., Murdoch’s media erodes the values we hold dear and shows few scruples when attacking political or commercial rivals - now including the BBC.
The Avaaz movement in Canada recently proved that determined campaigning can block conservative media takeovers. Let’s do it again here. Ofcom has given until this Friday for anyone to submit comments on whether this deal is in the public interest. Let’s send a message today and tell everyone we know.
http://draft.blogger.com/goog_1736774496
In the world we are striving to create, citizens will be empowered by a media telling truth for the public good. Countering this deal is vital if we are to leave space for such a media in our country, and the world.
With hope,
Alex, Ricken, Brianna, Mia, Ben and the whole Avaaz team
PS Avaaz has a new website! Your feedback will be very valuable to help us improve it. You use the pink buttons on the left hand side of any page to report any problems you find. 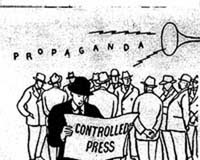