Something every citizen in the country can get involved in, though this article is Glasgow specific, but other towns and cities across the country have similar groups of concerned citizens interested in preserving those Common Goods for what they were intend, the benefit of the those citizens. You have an obligation to your children and grandchildren to get involved. 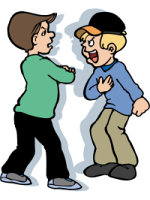 It's oor stuff!!!
What is the Common Good Fund?
Since Robert the Bruce through the Victorian era to Sir William Burrell, benefactors have bequeathed property and valuables to the people of Glasgow under a uniquely Scottish legal provision. The city council and its predecessors hold this in trust for citizens as Common Good assets. Or do they?
The land and buildings from this fund should provide an income for the benefit of the community. In the 19th century Glasgow Corporation wisely invested the income in building Glasgow Tramways, later Glasgow Corporation Transport. The dividends meant that money flowed back to the Common Good Fund (CGF) to be used for community benefit. In other areas of Scotland citizens can still apply for money for community projects. But, not in Glasgow. Why?

The fund which was valued at £9.9 million in 1921, equal to £350 million in today's money - stands now at £13.5 million. A lot of land and buildings which earned money for the Fund have  "disappeared". Examples are, Kelvin hall, Glasgow green, Peoples' palace plus other less distinguished but valuable property. The Council was instructed by the Scottish Executive in 2007 to compile an up-to-date register but refuses to do so claiming it will cost £4 million. Meanwhile there is some evidence that CGF assets have been sold illegally and the money diverted to Council coffers for the wrong purpose. Audit Scotland, the watchdog, seems unwilling to enforce Holyrood's edict. Pollok Park was restored to the CGF two years ago only after individual citizens objected. What can we do?
The Citizen Archivist Programme
With the co-operation of Glasgow Archives, the Citizen Archivist programme will help address the problem of an inaccurate CG register by offering volunteer assistance to Glasgow City Council to correct the errors and affording legal protection to the assets.
Citizen Archivists will learn:
* How to use freedom of information legislation to list potential CG Assets in your area
* Practical advice on how to use archive material to establish the common good status of land and buildings
* How to present your findings to the Council to support a claim for restoration to the CG Register
Holyrood estimates CG Assets throughout Scotland could amount to £1 billion so it is essential that Scotland's largest city accounts properly for its share and that the income generated is used only for the direct benefit of Glasgow's citizens.
What's involved? How do I sign up?

Start listing.
We will organise training sessions at the Mitchell library followed by further group meetings. The results will be recorded on our website which will also contain a blog of your experiences and successes .
Interested ? Go to our website www.glasgowbelongstome.org and join the mailing list.
If you have time this Friday 18th march, come to the Pearce Institute
Common Cood Cay <http://www.citystrolls.com/z-f-page/res-2011.htm>