At the moment Greece is in the hands of a fascist grouping, directed by the financial mafia in the name of the Troika. The recent history of the people of Greece has been a long and brutal struggle against tyranny of one sort or another. It has been one continuous struggle for freedom since the German occupation during the Second World War. November 14 is an important date in that struggle.

November 1973 saw the start of the massive uprising in Athens against the military junta. It started at the Athens Polytechnic on November 14, and rapidly escalated to a popular anti-junta revolt. It turned into a brutal shedding of Greek blood, when in the early hours of November 17, tanks crashed through the gates of the Polytechnic. The Junta was eventually overthrown. Sadly that struggle for freedom has been way-laid by the corrupt system of “representative democracy” which has led to the present situation where the people of Greece are being raped and plundered by the financial Mafia and offered up on the altar of corporatism. Though the uprising started on November 14, the people of Greece mark the event with large demonstrations on November 17, to honour those brutally killed and injured in the start of Junta reprisals. Demotix has some photos.

However the struggle continues, not just in Greece, but across the world, people are now aware of the greed and exploitation of this system of capitalism and are rising up against the inequality and in justice. Just as the military Junta was overthrown, so will capitalism, but this time we will get it right. 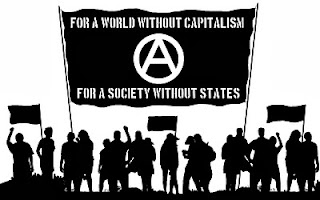