Elections- A Paracetamol For The People. 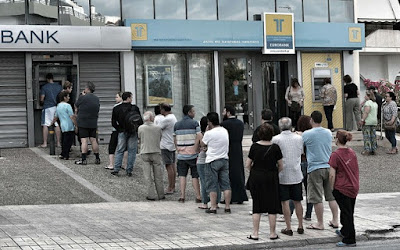 The babbling brook of bullshit, the mainstream media, has turned its attention from Greece to migrants, that doesn't mean that there is nothing happening in Greece. Greece is still in turmoil, apart from prisoners relatives being imprisoned for being related to prisoners, prisoners on hunger strike, and austerity still savagely slashing at the living standards of the people, there is still anger on the streets. 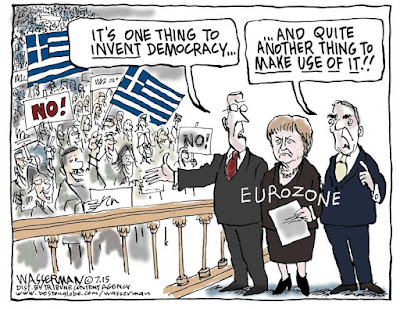 There are a series of strikes on an ongoing bases, and the unions are organising for a general strike on the 12th November. As far as the people of Greece are concerned, the recent election solved nothing. But then again, we know that elections never solve anything for the people. An election is nothing more than the system attempting to give the people a paracetamol to calm things down.
From Barbarian Times:

The pharmacists have started rolling 24 hour strikes in protest at the new austerity measures, and farmers are planning protest actions soon. There is a general strike called by the unions for November 12.
Syriza and Anel had their offices vandalized in the Byronas neighborhood. https://athens.indymedia.org/post/1550551/
Also a minister of Syriza, Skourletis, recently was attacked and forced to leave a cafe in Exarcheia. https://athens.indymedia.org/post/1550434/
The person in charge of the committee advising on the pension reform received a threatening letter and a bullet in the mail.

ANEL offices in Athens were occupied by the anarchist group Roubikonas, who sent out an anti-austerity communique, and then shortly police arrived and are pressing some charges for those involved in the occupation. More as it comes…