Glasgow's mass BLM protest held on Glasgow Green Sunday 7th June, was a well attended and peaceful affair, and what's more and unusual for Glasgow, the weather was kind. I wasn't there but a report from a friend who managed to attend, said that their estimate put the attendance at between 2,000 and 3,000. My friend also said that on the whole most people kept a reasonable distance apart, as did the police, patrolling in twos around the crowd.
Let's hope that this coming together of all shades of humanity to protest the injustice and brutality inherent in this economic system we live under, stays together as a cohesive body. Let's hope that they continue their presence on the street and in their communities, not just against the police brutality but recognizing that the police are just a strand of this system and one the establishment hold sacred. The system sees the police as a necessary force to allow the powers that be continue their looting of the public purse and the exploitation of the people. It should be our aim not to change the police, but to change this entire system of privilege based on wealth and power.
As with all Glasgow protests, there is a plethora of hand made placards, snappy slogans, short to the point statements, which I always find fascinating, opinions scribbled on cardboard, cheap, easily and quickly made.
Here are some of the placards from Sunday's protest, thanks to my young friend. 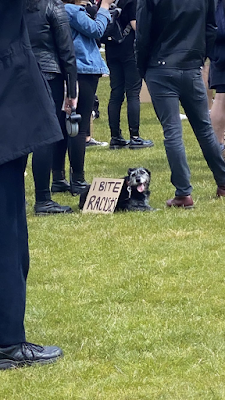 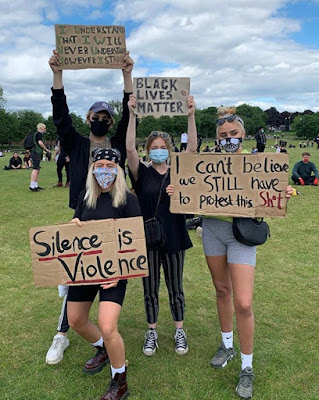 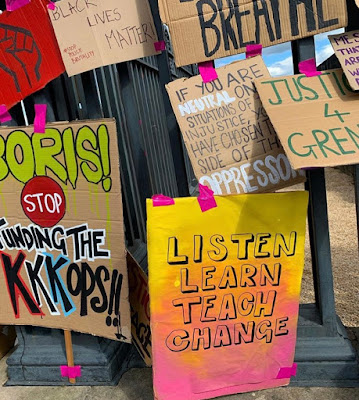 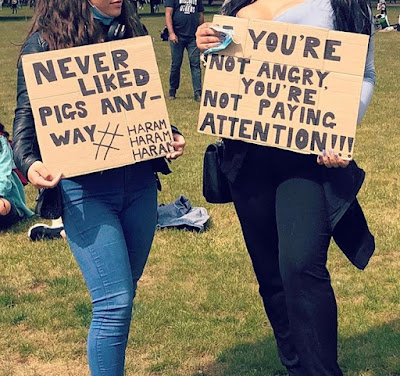 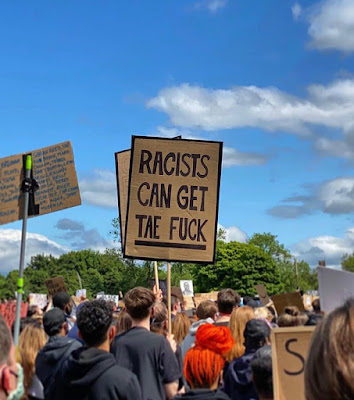 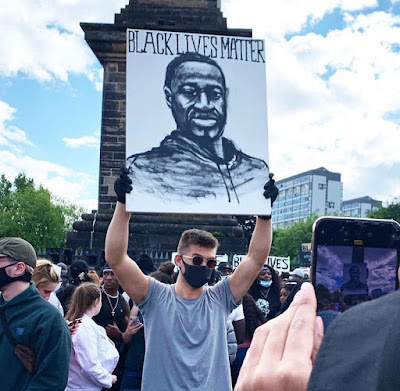 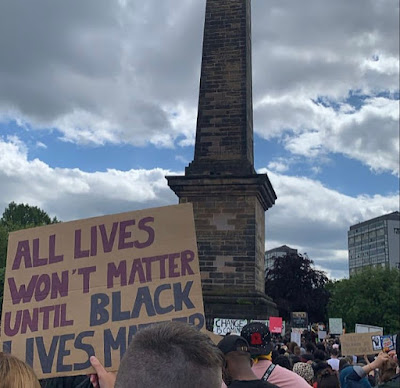 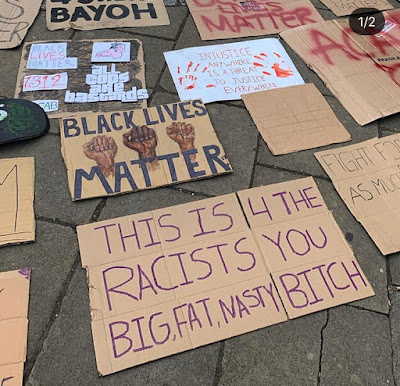 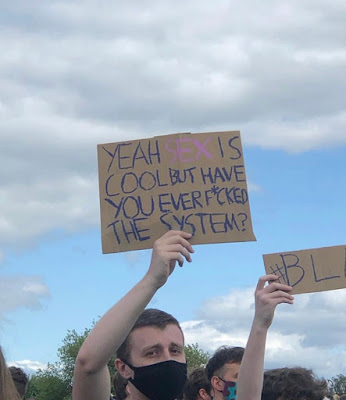