Global corporatism creeps ever forward, TTIP is still not dead. A lot has been done by publicity from various public/social networks to highlight this power monster that is sitting on our shoulders. It is probably the biggest threat to our NHS and other social services, that we have yet encountered, it is the death-knell to that façade, that is labelled democracy, in this society of illusions that we live under. 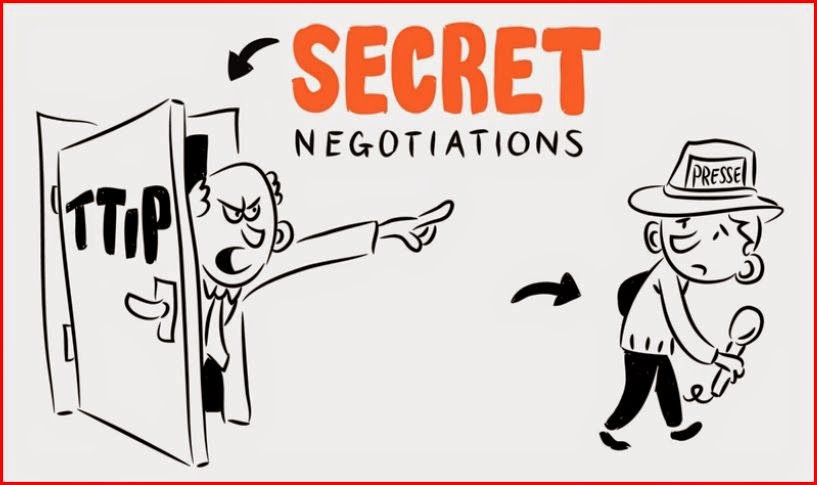 We must continue to shout about this creeping corporatism that threatens to take the reins of power from national governments and into the corridors of power of the corporate boardrooms. A place where people disappear from the equations and are replaced by a plus or minus on the profit balance sheet. 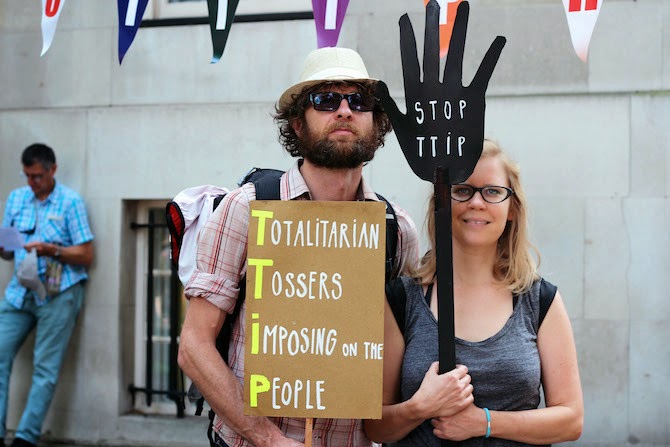 This from World Development Movement:

On Thursday we have a rare chance to scrutinise the EU-US trade deal TTIP in Parliament. TTIP is being negotiated in secret. But thanks to campaigning by people like you, our elected representatives will get a chance to air their concerns about TTIP.

We only have 3 days until the debate in Parliament. Please write to your MP to help stop TTIP.

The Transatlantic Trade and Investment Partnership (TTIP) represents a huge shift in power from ordinary people to corporate interests. It could give corporations new rights to sue governments in dodgy off-shore courts as well as weaken public services and labour and environmental standards.

Take action now to say no to TTIP.

By the time TTIP is debated in Parliament on Thursday the World Development Movement will have become Global Justice Now. We look forward to continuing to campaign with you for a world where resources are in the hands of the many not the few.

Together we can defeat dangerous trade deals like TTIP.