The Internet Of Things. 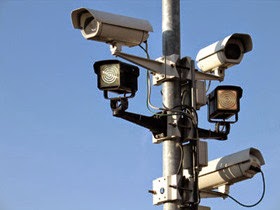 I recently posted on Glasgow's new experimental surveillance system, where CCTV cameras in Glasgow City Centre are now linked to a central operations room, where ‘emotional recognition’ software identifies the name and mood of pedestrians, including demonstrators, and can then link the person on the camera with social media postings, phone calls, emails, police records, and more. All this without any consultation with the people being snooped upon that the council is "supposed" to serve. Another giant step towards the totally observed population. It has become the norm in this country and elsewhere, to go about your daily business and be photographed thousands of time in a few days. Where you go, what you get up to, all on record for those and such as those, whither you like it or not. 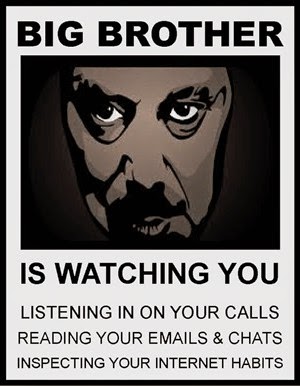 This new "Big Brother" era is much worse than the what Orwell envisaged, his was simply state control. In this new era of "Big Brother" they want more, it will be a two pronged attack. The state concentrating on control of the population, while the corporate cabal will concentrate on personal information to to shape and mould your consumerism. All your personal data will be up for grabs and sold around "The Market" to those with a vested interest in turning you into a consuming unit to suit their balance sheets. More and more of our appliances will be linked, more and more of our personal data will flow in to the office of the security services, and the offices of the corporate greed machine. You will have no say in how it is gathered and how it is used. Welcome to the "Big Brother" that Orwell couldn't have envisaged. 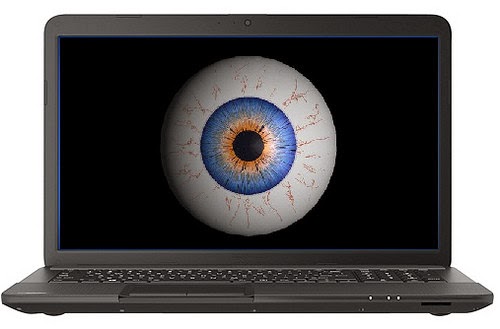 This from Politics in the Zeros:

The Internet of Things is a NSA paradise / Orwellian nightmare, coming real soon to your house, and Silicon Valley wants it to happen as much as NSA does.
Huge invasions of privacy and loss of freedom are happening now.  Our government pretends to make us safer. Silicon Valley pretends to be helpful. Their real object is to collect as much data about us as they can, and to do that they need to watch and record everything about our online lives. They are two facets of the same data-slurping entity that cares little about personal privacy and freedoms. It’s all about grabbing the data, then exploiting and selling it. You are the product.
Samsung TVs record what we say, then sends it to an anonymous company which converts it to text, so it can process voice commands. They promise to erase the data when done with it. Right. I certainly believe them – just as much as I believe Google reading my email and Siri listening to me will never be abused, intercepted, and exploited by marketeers, criminals, or the government.
It’s only a matter of time until Samsung gets a court order to turn over voice data files. I bet iPhone’s Siri already has.
All of this is poisonous for democracy, freedom, and privacy. We have a right to not be snooped on constantly. However, we will need to fight for it. First though, we need to know just how much surveillance is happening now, who is doing it, and where the data goes. I suspect the answer will appall most of us (while government and tech apologists scurry to explain why it actually is good for us.)