Government Crack Down On Trade Unions.

An appeal for solidarity from Labour Start: 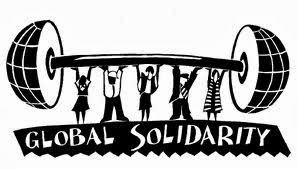 Today, their worst fears are coming true.
Just a few days into their strike, the Korean government has launched a savage crackdown.
Posted by ann arky at 14:48