It is amazing how in this society damaging acts can be catalogued differently. Some types of damage can be labelled “vandalism” and “violence”, while others don't receive either of those labels. It all depends on what side of the fence you live. In this society there appears to be legal "vandalism" and "violence" and illegal "vandalism" and "violence". You can trash a family, destroy a neighbourhood, or bomb a civilian population, and it will come under the classification of policy. The powers that be and their septic supporters would never put the labels “vandalism” or “violence” on these actions. We all know that these acts are extremely violent and brutal acts, deliberately carried out, the weapon is legislation. Carry out some act against those who perpetuate this violence against the ordinary people, and it will immediately come under the heading of “vandalism” and/or “violence”.
To emphasise this point, and pose the question, is it vandalism or self defence, I quote the following article from Act For Freedom Now: 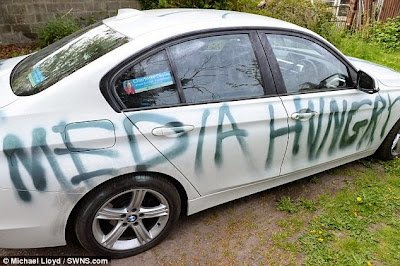 Do we really need to give reasons why we chose to damage the property of a Tory councillor? Have a look at the last five years of Tory rule and endless, savage attacks on our lives and you’ll find enough. Wealthy, over privileged Charlotte Leslie and her kind represent all that we detest. With friends in high places and a big business budget to buy all the power and influence she needs, she shamelessly does all she can to make life even easier for the rich and even harder for the rest of us.
So, we thought we’d share a bit of the stress back that’s been imposed on us and make life a bit more difficult for this champion of the rich. A country house in Easter Compton? Delightful! Four cars for one household? That will do nicely! Canvassing cars were our canvas as we scratched and spraypainted, leaving “Media hungry Tory scum” and a big circled A as a contribution to her self obsessed publicity election drive. Tires were punctured to put a brake on the race further to the right. next up was bit of drilling for domestic heating fuel and an oil spill all over the well kept garden. Because fracking is a dirty business and those who support such an industry should really think about ecological consequences. And also because people should not be forced by government’s poverty policies to choose between having heating or food.
People like Charlotte Leslie declare moral outrage at such “vandalism” and denounce as unfair attacking her home. But compare the damage caused by this action to the extent of the damage to people’s homes and lives caused by such greedy, lying politicians every day. You’ll see there is no comparison. What is really shocking is that actions like this don’t happen more…
The iron lady that the police’s Operation Rhone couldn’t protect, the one supporter they should have taken care of. Are they serious? Or a laughing stock? They need to try harder. This was surely too close for comfort. So where’s next?
”Thatcher’s children” 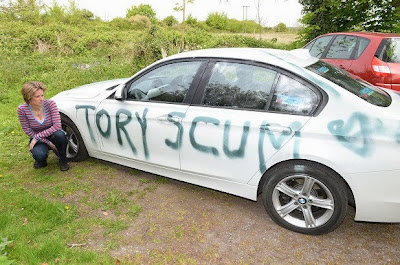 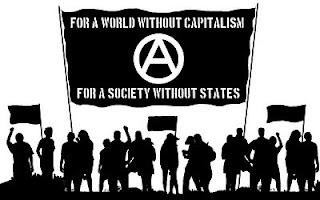